The fourth edition of the Abu Dhabi T10 League is all set to get underway on January 28. As many as eight teams – Bangla Tigers, Deccan Gladiators, Delhi Bulls, Maratha Arabians, Pune Devils, Northern Warriors, Team Abu Dhabi and Qalandars – will fight for the ultimate glory in the tournament with the final scheduled to be played on February 6.

Maratha Arabians are the defending champions and the franchise will be hoping that their players repeat the heroics from the previous edition. As far as the format of the league is concerned, the 8 teams are divided into two groups of four each. Each team will play three matches each in the first round while the Super League round will also see 12 more matches being played.

After the first two rounds, the top four teams will make it to the playoffs. A lot of international superstars like Mujeeb Ur Rahman, Sunil Narine, Kieron Pollard, Dwayne Bravo, Shoaib Malik and Mohammad Hafeez among many others will set the stage on fire over the next few days.

The T10 League also presents a great opportunity for the cricketers in the UAE who will get to rub shoulders with some of the best players in the game.

Sky247.net have grabbed the ‘powered by’ sponsorship rights of the T10 League. Sky247 is the fastest growing sports portal and it will play a huge role in making sure that the tournament reaches a wider audience.

The first match of the day will start at 5:30 PM IST followed by the next two matches at 7:45 PM IST and 10 PM IST. Only on February 6, the third place playoff will be commence at 6:45 PM IST while the final will get underway at 9:30 PM IST. 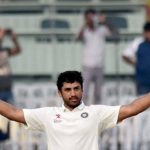 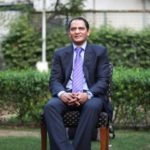