Day 7 of the Abu Dhabi T10 League will see Bangla Tigers take on Deccan Gladiators in the first game of the day before Delhi Bulls face Northern Warriors in the final match. Deccan Gladiators are in top form and have won three of their four games. The wins have been pretty comprehensive and the team is looking a top contender for the title. Andre Russell, Tom Kohler-Cadmore, Tom Banton, Tom Moores, all have played scintillating cricket in the tournament so far.

Meanwhile, Bangla Tigers have won two games on the trot. They crushed Chennai Braves in the last game and chased the target of 91 in 4.2 overs. Johnson Charles and Hazratullah Zazai finally came to the party and contributed to the team’s win. Tigers will be keen to continue the winning momentum and keep their qualification hopes alive.

Delhi Bulls went down to Abu Dhabi in the last game. However, they have been extraordinary in the tournament so far. They have one of the best batting lineups in the competition with the likes of Rahmanullah Gurbaz, Rilee Rossouw and Eoin Morgan at disposal. On their day, the team can destroy any opposition.

Northern Warriors, on the other hand, finally managed to break their losing streak and defeated Chennai Braves. They’ll be pleased to see Kennar Lewis, Moeen Ali and Rovman Powell performing well collectively. The trio needs to continue the form if Warriors have to stay alive in the competition. Any further loss will get their campaign in jeopardy. 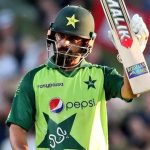 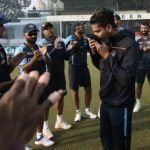