Day 5 of the Abu Dhabi T10 League will see Chennai Braves and Northern Warriors looking to get on board. The two teams have lost all their games and time is running out for them to keep themselves alive in the tournament. Another loss will put their campaign in jeopardy. Northern Warriors will take on Deccan Gladiators in the first game before Chennai Braves lock horns with Bangla Tigers.

Northern Warriors have been let down by their batters. In the previous two games, the batters have failed to post a decent score, which has resulted in the team conceding easy wins. The batting does look on the weaker side. Barring Rovman Powell, others have been pretty disappointing. The batting needs to give their bowlers a decent target to defend. If not, things are going to go further downhill.

Deccan Gladiators, on the other hand, are coming off from a big win over Delhi Bulls. They have so far played three games, winning two and losing one. The team has looked pretty solid with the players coming together. Tom Moores, Andre Russell, Tom Banton, Tom Kohler-Cadmore, all have made vital contributions with the bat.

In the second game, Bangla Tigers will take on Chennai Braves. Tigers defeated Northern Warriors for their first win. However, the batting still has not fired as a unit which is a concern. The team will expect the likes of Johnson Charles, Hazratullah Zazai, Andre Fletcher to start contributing. The players are known for their hitting abilities and any given day they click together, they can tear apart the opposition.

Chennai Braves, on the other hand, have batted decently but the bowlers have failed to do the job. Other than the bowling, the top four batters, Ravi Bopara, Angelo Perera, Bhanuka Rajapaksa and Dasun Shanaka have not been able to play briskly. They are striking around 150-160 which is good in a T20 game but one would expect a better strike rate in a match of just 10 overs. As a result, the team have been short by 10-20 runs which has made the difference. 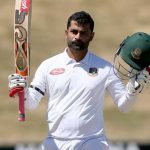 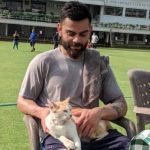