Day 3 of the Abu Dhabi T10 league will see all six participating teams in action. Team Abu Dhabi will look to continue their winning run against Deccan Gladiators. Abu Dhabi have won both their previous games thus a win will solidify their position at the helm. The likes of Phil Salt, Chris Gayle, Paul Stirling and Liam Livingstone have already made an impact in the tournament. When on song, Abu Dhabi will be hard to stop.

Meanwhile, Deccan Gladiators also won their first game against Chennai Braves. Andre Russell and Tom Moores scored 47 and 43 respectively to help Gladiators post 146, before bowlers restricted Chennai Braves to 122. If Gladiators can get a good start, they have enough depth to chase down big totals.

The second game will see Delhi Bulls take on Chennai Braves. Delhi Bulls have also won both their games. They defeated Bangla Tigers in the last game. The bowlers were on song and restricted Tigers to 69. However, they tumbled a bit in the chase and were only able to cross the line in the 9th over, with 6 wickets to spare. Bulls have one of the best batting in the tournament, with the likes of Rahmanullah Gurbaz, Rilee Rossouw, Mohammad Hafeez, Sherfane Rutherford and Eoin Morgan. It will take some effort from Chennai Braves to take them down.

In the final game, Bangla Tigers will take on Northern Warriors. It will be a very crucial game as both teams have lost their previous two games. Bangla Tigers will expect the likes of Faf du Plessis, Hazratullah Zazai and Andre Fletcher to come good. So far, the batting has been disappointing.

Northern Warriors have also been let down by the batters. They have failed to post big runs in both games. The batting does look a bit bleak and a lot will rest on how Moeen Ali and Rovman Powell bat. The duo needs to shoulder the responsibility of taking the team to a big score. 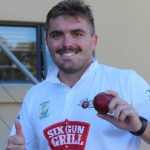 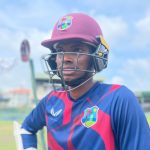