The 13th edition of the Indian Premier League (IPL) saw South Africa’s great AB de Villers donning the keeping gloves for the Royal Challengers Bangalore. The same provided RCB a lot of options to explore in their Playing XI. The Bangalore-outfit is confident about AB acting as the real keeper for the team in the 14th edition too. Though RCB has a lot of options to consider for the keeping job like Mohammed Azharuddeen and KS Bharat, Mike Hesson, RCB’s Director of Cricket has confirmed that AB de Villers will be the first-choice wicket-keeper for the team. Bangalore will begin its campaign in IPL 2021 with a game against Mumbai Indians on April 9 in Chennai.

“We were delighted with the fact that Ab de Villiers loved wicketkeeping and he embraced it. He wanted to continue doing it, he is a real option, we now have a couple of other wicketkeeping options which is great. Mohammed Azharuddeen is a natural athlete with gloves and in the field. We also have KS Bharat, he is a natural keeper, gives us different options as well,” said Hesson in a video posted on the official Twitter handle of RCB.

“We are not going to make the commitment now to you guys as to who will do what. We are pleased with the options we have got and AB is certainly one of those,” he added.

As far as the franchise’s training camp is considered, they are expected to begin practice from March 29. While their skipper Virat Kohli will be joining the team after leading Team India in the ongoing three-match ODI series against England, another mainstay, AB de Villiers will arrive on March 28 for the upcoming IPL. 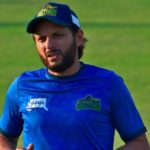 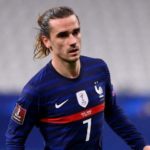