Australia skipper Aaron Finch has dismissed concerns relating to Steve Smith’s fitness in the ongoing 20-20 World Cup. The batter looked in some discomfort and was seen grabbing his groin after attempting a run-out against England. Smith remained in the field but for a brief while, Australia camp was worried as he has been the team’s most consistent batter in the showpiece event.

“He didn’t mention anything. So I’m sure that he will be fine.”

The former Australian skipper missed out on scoring against England as he scored just one run. Apart from that small blip, Smith was Australia’s top scorer in the two warm-up games and against South Africa in the team’s first match. It was his crucial knock of 35 runs that was the cornerstone of the team’s five-wicket victory. He is a vital player in Australia’s team and comes at a crucial position of number three. The right-hand batter can play the anchor role, as well as can up the ante when required.

However, cricketer-turned-expert Shane Warne is not amused with Smith’s selection in the playing XI and feels that all-rounder Mitchell March could have got a game in place of the former skipper. Warne also was the one who questioned Smith’s inclusion in the 15-member squad for the global event.

Finch responded to this question during the post-match conference and said Australia selected a team they thought would be best to win the game.

“That’s just subjective, isn’t it?” Finch responded when quizzed on Smith’s selection. Everyone’s got a different opinion on it. And that’s okay, we thought we picked the team to win the game tonight.
“It was not a reflection on how Mitch has been going at all, it was purely just a match-up.”

Australia have slipped to third position after this heavy loss against England. The team’s next match is against Bangladesh on Thursday (November 4). 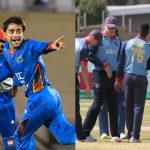 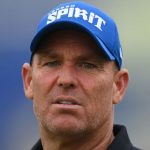