Cricket expert, Aakash Chopra has a unique suggestion for India to help KL Rahul recover from a poor run of form. Chopra wants Virat Kohli to push KL Rahul down the order, with Ishan Kishan opening the innings with Rohit Sharma. Chopra cited the example of MS Dhoni who demoted Virat Kohli to No 4 in order to help him recover his form. Virat Kohli came into the West Indies ODI series after a disastrous tour to England and was dismissed for just two runs in the first ODI. MS Dhoni pushed Virat Kohli to No 4 with Ambati Rayudu coming before him. The move turned out to be a masterstroke as Kohli stroked a solid 62 in that game. He moved to his usual No 3 slot in the next game and played a blazing knock of 127 in Dharmashala.

“Since Ind is unlikely to field 5 bowlers, how about opening with Rohit-Ishan…Kohli at 3. And Rahul at 4? Dhoni had also pushed Kohli down the order vs WI after that nightmarish tour to Eng in 2014. Sometimes a little change is all you need to regain form. My two cents,” tweeted Chopra.

Chopra believes that dropping KL Rahul won’t be a wise move and India can tinker with their batting order in the next game.

“I wouldn’t drop KL Rahul. I don’t think India would as well. I would be tempted to play Ishan Kishan at the top and play KL Rahul at 3. Or play Virat Kohli at 3 and KL Rahul at 4,” Chopra said on his Youtube channel.

Chopra further opined that India needs to back KL Rahul in his lean patch. If they do so, it’ll be a huge confidence booster for the opener. He added that Rahul can be given a role in the middle order. Once he regains his form, he can come back to his usual opening slot.

“Changing the batting order will not be a deal-breaker. The player’s confidence won’t take a hit as well, since you haven’t dropped him from the side. He (referring to KL Rahul) can be given a new role, and once he performs well there he can go back at the top,” Chopra added.

India desperately needs KL Rahul to get back to form. He’s India’s top-ranked T20I batsman and is a match winner on his day. Rahul is going through a lean patch and has scores of 1, 0, 0 in the first three T20Is. With India experimenting with their team combination, it isn’t a bad move to try out Rahul down the order. Virat Kohli and batting coach Vikram Rathour have backed Rahul to overcome his struggles soon. 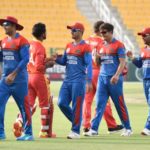 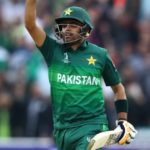