Former India cricketer Aakash Chopra has made a huge prediction about South Africa regarding the upcoming mega event. He feels that the Proteas will struggle in Sharjah going by how the pitch played at the venue during the recently concluded Indian Premier League (IPL) edition. The Proteas have begun their campaign well beating Afghanistan comfortably in the warm-up game.

They are pitted in Group 1 of Super 12 and will face England, West Indies, Australia and two other qualifying teams. They will be playing in Sharjah twice against one of the qualifying teams and England and it remains to be seen if Aakash Chopra’s prediction comes true.

According to him, the slow surface at Sharjah will make life tough for South Africa’s batters. “South Africa will struggle in Sharjah because they don’t have good batters who can play well against quality spinners. The lack of stroke makers in the side will be a massive problem for the Proteas,” he said during his Youtube show ‘Cricket Chaupaal’.

Moreover, Aakash Chopra has also predicted that South Africa will not make it to the semi-final of the upcoming mega event. Interestingly, South Africa have won nine of their last 10 T20Is but Chopra doesn’t thinking Temba Bavuma and his men will be able to continue in the same vein.

“This team hasn’t gone anywhere and this year as well, unfortunately I don’t see them going anywhere ahead in the tournament. They are on a run winning nine out of 10 T20Is but I doubt they can continue the same form in the T20 World Cup. They might spoil a few parties but I don’t think they can make it to the semifinal,” Chopra further added. 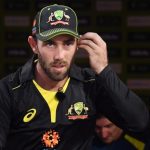