With their eyes set on the final of the World Test Championship, team India gears up for the 4 Test series vs England, starting February 5th at Chepauk, Chennai. Beating India in India will always be an uphill task for any touring team but England have been playing some very good cricket and are expected to pose a stern challenge to Virat Kohli’s men. Talking about the players to watch out for, former Indian cricketer Aakash Chopra has named 5 players that’ll play a key role in deciding the outcome of the series.

Chopra’s first pick was the ace Indian spinner Ravichandran Ashwin. The off spinner had a fabulous series against Australia and on the spin friendly wickets of the subcontinent, he’ll be as deadly as anyone.

“At the first spot comes Ravichandran Ashwin. Jadeja is not available at the start, so if Ashwin continues to bowl with the form he showed in Australia, he is the lead bowler in these conditions. Kuldeep has not played cricket for a long time and whoever plays between Washington Sundar and Axar, will have very little experience. So, Ravichandran Ashwin in my opinion holds all the aces.”, said Chopra in a video shared on his Facebook Page.

Rohit Sharma was the second player Aakash Chopra think can play a key role for India. The flamboyant opener can be destructive on his day. If he gets going, there is no way you can stop him.

“The second player from the Indian point of view is Rohit Sharma. This is because when he fires, he destroys the opposition. If he plays the spinners after playing the three fast bowlers, then Dom Bess and Jack Leach will not be able to do anything. I have my eyes focussed on Rohit Sharma and he should score at least one double-century in the four matches in this series.”

No list is complete without Virat Kohli and the Indian skipper is the final pick of Aakash Chopra from the Indian team. There is not much to say about the class of Virat Kohli. Chopra believes that a good series with the bat for Kohli will enhance his confidence as a skipper.

“I was thinking about Cheteshwar Pujara but since Virat Kohli is back now, the focus will be now on how he plays. He will have to pick up from where Rohit leaves. If Virat does well, his confidence as a batsman and captain will talk.”

From England, Chopra picked Joe Root as their main player. Root is in top form and scored 228 and 186 in the two Tests he played in Sri Lanka. The wickets offered plenty of turn to the spinners and Root played all of them with ease. If he can play well, England will have a real chance in the series.

“From England, Joe Root. He is batting unbelievably well. He will have to play the captain’s knock, which he can regularly do. He is playing the sweep shots very well. He could be the danger man, he will be the glue that will keep the England team together if he keeps doing well.”

Chopra picked Stuart Broad ahead of Jofra Archer and James Anderson as his final key player. Broad is one of the most experienced English player and will be very handy on these wickets, believes Chopra.

“I think it will be Stuart Broad, not Jofra or Anderson. I feel he will be more than a handful even on these pitches and if he does well, England will continue to remain in the contest,” he concluded.

The India-England series is very important in the context of the World Test Championship. If India can pull of a 2-0, 3-0, 4-0 or a 3-1 win, they’ll be through to the final. England on the other hand will need a 3-0 or 4-0 victory to stand a chance. 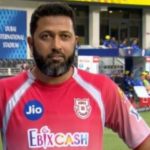 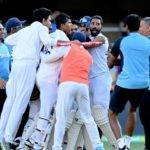