Jasprit Bumrah is one of the most skilful bowlers going around in world cricket. The Indian spearhead came into the limelight after impressing in the Indian Premier League. Today, 4th April marks Bumrah’s eighth anniversary of his IPL debut. Celebrating the same, Bumrah shared throwback pictures from his first IPL encounter.

8 years ago feels like just yesterday. Cannot wait to get out there again!🦁 pic.twitter.com/UvUQok0Yvw

Playing for Mumbai Indians, Bumrah made his debut against Royal Challengers Bangalore. Despite Mumbai losing the game by 2 runs, Bumrah delivered a terrific performance and picked up 3 wickets for 32 runs.

Taking to Twitter, Bumrah shared two pictures from his debut game against RCB. Bumrah’s maiden IPL victim was the current Indian skipper Virat Kohli. The ace pacer trapped Kohli LBW for 24. He then got Mayank Agarwal caught by Sachin Tendulkar at mid-off.

Bumrah’s third wicket in the game was of Karun Nair, who, just like Kohli was deceived by a big booming inswinger, and was adjudged LBW. RCB could not score much in the match and were restricted to 156-5. However, Mumbai Indians couldn’t chase the target and fell short by 2 runs.

Talking about his IPL stats, Bumrah has staggering numbers in the T20 extravaganza. The ace pacer has featured in 92 IPL matches and accounted for 109 wickets at an economy rate of 7.41. In the previous edition, he was MI’s leading wicket-taker with 27 scalps in 15 games as MI captured their 5th IPL title. 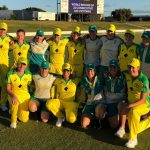