There is a very famous and old saying or a cliché in cricket that ‘catches win the matches.’ It is as true as it may sound to you. There have been various instances in cricket when a few cricketers dropped the catches at a very crucial juncture in very important and major international clashes.

These drops gave life to the batter and he converted the rest part of the match into history. From Kiran More and Herschelle Gibbs in 1990 and 1999 respectively to Arshdeep Singh in the recently-concluded super-4 match between India and Pakistan during the ongoing Asia Cup 2022, these drops have cost a lot for the team.

When you will have a thorough look at these instances, then it can be seen how these small mistakes shifted the momentum in the favor of the opposite. So, here we’ll have a look at six incidents when a catch drop cost the result of the match for the team or sometimes the batter amazed everyone with his performance after the survival.

Eight years back, India and New Zealand were playing against each other in the second Test of the series. Former Indian skipper Virat Kohli was fielding at silly midfield. He got a chance to catch Brendon McCullum, the 33-year-old tried to go for it with one hand and eventually happened to drop the catch. At the moment when Kohli dropped McCullum’s chance, the New Zealander was playing at the only score of 9.

Later on, the former Kiwi skipper went on to capitalize on this survival very well and scored his century with a six against Ishant Sharma. Then onwards, McCullum took the charge and stitched a partnership of 300 runs with BJ Watling. Eventually, the right-hander ended up scoring the historic triple-century against India. 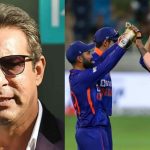 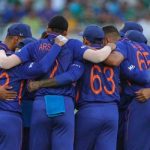