Representing the country in international cricket is what every aspiring cricketer nourishes within him. Although, it is not possible for each and every player to fulfill this dream up to reality. An individual is supposed to perform constantly well in domestic cricket to break into the national squad.

On the other hand, there have been cases when a few cricketers had a very illustrious start to their career but later on, they faded away in the long run. Unfortunately, they dropped out of the national team of their respective countries. So, here we’ll have a look at four players who made this list of setbacks in their careers.

The Auckland-born right-handed opening batter Rob Nicol made his first appearance for the Kiwi team 11 years back in the year 2011. In his debut match against Zimbabwe in Harare Sports Club, he smashed a century to start his international career in style. Later on, he played another knock of 146 runs in the ODI format. 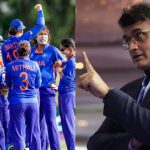