There were a lot of speculations about the nature of the Chepauk pitch that was to be used for the second Test between India and England. Some experts were of the opinion that the pitch will be a rank turner and some even believed that the match won’t last for more than 3 days. After the start of the match, all these speculations seem to be true. Michael Vaughan, former England batsmen believes that a score around 300 on this surface will be equivalent to 500.

The surface at Chepauk looks a graveyard for the batsmen with the ball turning square. Cheteshwar Pujara, Virat Kohli, Ajinkya Rahane, all went to unplayable deliveries. While the other batsmen struggled to get going, Rohit Sharma looked in prime form and smashed a magnificent hundred to bail India out of trouble. Rohit was eventually dismissed for a well made 161.

He got good support from Ajinkya Rahane as the duo added a 162 run stand for the 4th wicket. India are 258-5 at the time of writing and if they can add another 70 runs in their 1st innings, England will be under massive pressure.

The surface in the second Test is completely different to the one we saw in the series opener that offered nothing to the bowlers. India have three good spinners and they’ll get a lot more from this pitch when they get a chance to bowl. 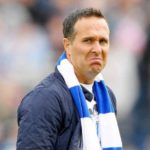 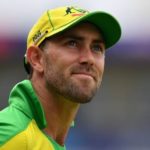