While the 1983 World Cup win remains India’s most cherished moment, the last two decades have seen India emerge as a real force in world cricket. They won Test series in Australia, New Zealand, England, reached at the helm of Test rankings and won all the major ICC tournaments. Along with all these memorable achievements, there were few heartbreaks as well (such as their 4-0 loss to England and Australia, and the first round exit from the 2007 Cricket World Cup). Also, there were moments when India came agonisingly close to creating history but the results didn’t come their way. Here, in this listicle, we’ll read about three such instances.

India reached the final of the 2000 Champions Trophy after defeating the likes of Australia and South Africa and looked confident of winning their maiden Champions Trophy title. They were up against New Zealand, who were coming back from a hard fought battle against Pakistan. Batting first, India were 141-0 before an unfortunate run out of Sachin Tendulkar triggered a collapse and India could only manage 264-6 in their 50 overs, despite Sourav Ganguly’s brilliant hundred. India had a great chance to bat New Zealand out of the game but they let that opportunity slip away. They were presented with another opportunity when the Indian bowlers sent half of the Kiwi team back in the pavilion at the score of 132. At that moment, the match looked to be in India’s pocket. However, a top class hundred from Chris Crains stunned India to snatch a victory for New Zealand.

Australia were at their peak in the first decade of 2000 and when India toured down under for the Border-Gavaskar Trophy, no one gave them a chance against a far superior opposition. However, India surprised many and drew the series 1-1. India went into the Melbourne Test on the back of a scintillating win in Adelaide, leading the series 1-0. Batting first, Virender Sehwag decimated the Australian bowlers and smashed a brutal 195 off 233 deliveries as India ended Day 1 on top. At 329/4, the visitors were all set to post a mammoth total but a collapse saw them crumble for 366. Australia pounced on the situation as Ricky Ponting and Matthew Hayden scored centuries to hand an easy win to Australia. The final Test saw India post a massive 705 in their first inning and were even in a position to enforce the follow on. However, Ganguly decided to bat again to give the his bowlers a breather. India had 94 overs to had a go at the Australians but an inspired effort from the Kangaroos helped them bat out 94 overs with just 6 wickets down.

Post their magnificent win in the 2007 T20 World Cup, India had an average record in the World T20Is. The table turned in 2014 when India stormed into the finals, undefeated. They were up against Sri Lanka and started the match as favourites. They didn’t get off to a good start as Ajinkya Rahane and Rohit Sharma were dismissed for not much. However, Virat Kohli was in red hot form in the tournament and kept the scoreboard ticking. India were 64-2 in the 11th over when MS Dhoni decided to send Yuvraj Singh ahead of himself and Suresh Raina. The move proved costly as the southpaw could only manage 11 of 21 balls. Even MS Dhoni couldn’t do much and scored just 4 of 7 deliveries as India settled for 130-4, despite Kohli’s 77. Led by Sangakkara’s half century, Sri Lanka knocked off the runs without breaking a sweat. 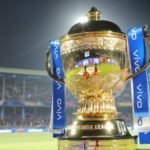