Pakistan Cricket Board (PCB) Chairman Ramiz Raja has confirmed that the 2023 edition of the Asia Cup will be played in Pakistan. He also revealed the tournament will be played in a 50-over format. As per reports, the decision was taken by Asian Cricket Council (ACC), headed by BCCI secretary Jay Shah.

Meanwhile, Sri Lanka will play host to the 2022 Asia Cup, which will be played in a 20-over format in September 2022. The 15th edition was set to be hosted in Pakistan but the PCB exchanged rights with the Sri Lanka Cricket Board (SCL). A prominent journalist Arfa Feroz took to Twitter to confirm the development.

Sri Lanka will host the fifteenth edition of Asia Cup in September 2022 in T20 format. This tournament was earlier to be hosted by Pakistan Cricket Board who exchanged hosting rights with SLC.”

The 15th edition of the tournament was earlier scheduled this year in July but was postponed as India qualified for the World Test Championship final. Sri Lanka will host the tournament for the first time since 2010. The previous four editions have been staged in Bangladesh ( 2012, 2014, 2016) and UAE in 2018.

India have won the tournament on seven occasions, including the last two editions. They are followed by Sri Lanka, who have won it five times and Pakistan, who have two championship wins to their name. 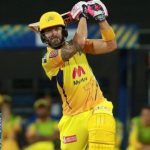