South Africa would be ruing with the fact they could not get more runs against Australia in their opening game as they lost a close match by five wickets. The Proteas though have managed to take a lot of positives from the game and will be hoping to implement them against West Indies in their second match on Tuesday (October 26) at the Dubai International Stadium.

The batting is what let them down and the team would be expecting more contribution from the likes of Quinton de Kock, Rassie van der Dussen, and David Miller. The trio have immense experience and brings with them a sense of calmness and maturity. With some runs on the board, their bowlers led by Kagiso Rabada can exploit the conditions beautifully as they did against Australia.

The spin duo Tabraiz Shamsi and Keshav Maharaj gave away only 45 runs in their combined eight overs. Considering that West Indian batters don’t like playing spin much the duo could prove to be deadly on the sluggish Dubai wicket.

Meanwhile, West Indies are coming off from a pounding of sorts against England. The team was bundled out for just 55 as none of the batters barring Chris Gayle could manage to reach double figures. This sort of collapse is often happening with the West Indies team and the experts and critics have started to question their aggressive gameplay. If it clicks then it is a nightmare for the opposition teams, if it doesn’t, then wickets fall like a pack of cards.

Skipper Kieron Pollard was unimpressed by this shambolic display from his batters.

The match is going to be played at Dubai International Stadium and it will be a day game. Usually, during the afternoon games, teams prefer to bat first as the wicket slows down during the latter stages.

The climate is going to be 33 degrees Celsius and the forecast predicted is sunny. It would be wise to bat first after winning the toss. 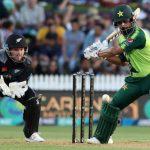 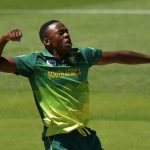