Scotland were given a reality check by Afghanistan as they suffered a 130-run loss in their opening match of the Super 12s. Scotland breezed past their opponents in the Qualifiers that included Bangladesh but against a rampaging Afghanistan, the team didn’t have any answers as they were bundled out for just 60 runs in 10.2 overs.

The team quickly have to regroup as they face Namibia in their second match on Wednesday (October 27) in Abu Dhabi. Namibia have been an absolute revelation in this edition of the 20-20 World Cup and Scotland can’t afford to take them lightly. The batting of Scotland came as a copper against Afghanistan. The team need to get over the horror show and focus on giving a collective performance. The likes of Kyle Coetzer, Chris Greaves, Richie Berrington will have a big responsibility of taking the team to a solid total.

Speaking about the African nation, they have outdone themselves by reaching the Super 12 stage of the tournament for the first time. Former South Africa player David Wiese has been the catalyst of those victories. The hard-hitting batter has scored 100 runs in three games and would be a crucial player for the team yet again versus Scotland.

Abu Dhabi has been a sluggish wicket and batting against slower bowlers could be challenging. Teams chasing have enjoyed decent success.

The weather forecast for Wednesday (October 27) is 32 degrees Celsius. It will also be humid throughout the day. 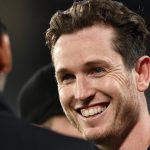 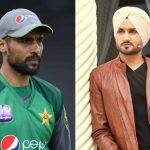