Pakistan are set to cross swords with Namibia in match 31 of the 20-20 World Cup. The Babar Azam-led team is on a rampage with three back-to-back wins. A win against Namibia will seal a spot in the semifinals. A lot of factors have clicked rightly for Pakistan. For starters, playing in UAE, familiar conditions has worked in their favour.

Players like Shoaib Malik, Mohammad Rizwan, Harris Rauf, Shaheen Shah Afridi, and Asif Ali have risen to the task. The team has also played to their strengths and have backed the players. The biggest trump card for the team has been Afridi, who has taken wickets in powerplay and death. Against Namibia also, the left-arm pacer will try to inflict some early damage.

Namibia meanwhile, have punched above their weight and managed to upset Scotland. The Gerhard Erasmus-led team have so far been a revelation in the 20-20 World Cup. The team defied all odds and entered the Super 12 stage.

Former South African all-rounder David Weise has been phenomenal for the team. He has scored 142 runs and has ably carried the team’s batting. In the bowling, Ruben Trumpelmann has looked good by picking six wickets. Against a top team like Pakistan, Namibia will need big players to step up.

It will be a day-night game and the dew will play its part. So far, the chasing team have won more games. In Abu Dhabi, the average first innings score is 140.

The temperatures predicted for Tuesday (November 1) is 31 degrees celsius, with no threat of any rain interruption. 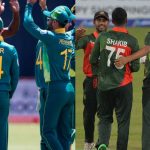 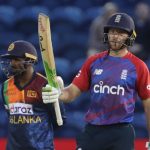