New Zealand were given a mighty scare by Scotland in their previous 20-20 World Cup. The Kane Williamson-led team came unscathed and achieved victory by 16 runs. Things could have got a bit a messier for New Zealand had Scotland managed to hold their nerve better. Nonetheless, the team have got two points on board and are currently placed third on the points table.

The Williamson-led team will now be against Namibia on Friday (November 5). This is a vital match for the team as a win will take them above Afghanistan. New Zealand have looked good so far, but one area of concern is the lower order batting. The team is loaded with firepower at the top and lacks a quality finisher.

Currently, in the lower middle-order, the team has Jimmy Neesham, Glenn Philips, and Mitchell Santner. The trio has not clicked collectively and would love to change that trend against Namibia.

Namibia, on the other hand, are coming off from a 45-run loss against Pakistan. The Namibian bowlers started well but couldn’t carry on the momentum. Ruben Trumpelmann was spot on within the power play and made Babar Azam and Mohammad Rizwan work hard for the runs. All-rounder David Wiese looked good for his 43. Against New Zealand, the duo will have to contribute big.

The match will be played at Sharjah Cricket Stadium. It is one of the trickiest pitches in UAE, where odd balls have kept low. The average first innings on this ground is 140.

The temperature predicted for 5th November is 32 degrees. 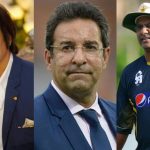 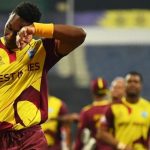