Pakistan’s interim head coach Saqlain Mushtaq has said that facing India again in the final of the 20-20 World Cup would be great. The archrivals clashed in their opening game of the showpiece event, with Pakistan managing to beat India by 10 wickets. It was also the side’s first win against their neighbours in 13 attempts at the global stage. Pakistan also carried that form and confidence in the team’s next match against New Zealand and registered an easy five-wicket victory.

The former Pakistan spinner said his side would love to face India because they are a strong team and one of the contenders for the title. “When you come with a mindset to become a world champion then you don’t think about the opponent,” Saqlain said in a virtual press conference on Thursday.

“If India makes it to the final with us, it would be a great thing because I feel — and this is not because we became big-headed after beating them — but because they are a strong team, everyone considers them a favorite.”

Apart from India, even England, Australia, and West Indies were considered pre-tournament favourites to win the title. England and Australia have so far won two games on the bounce, while West Indies have lost both their games. Meanwhile, India will be up against New Zealand in a crucial encounter on Sunday. Most probably, the winner of that game will progress to the semi-finals.

Mushtaq feels facing India again in the summit clash would be a good prospect for the cricket’s governing body and fans, adding that it will contribute in improving the relations between the two countries. “If India comes in the final, then it would be very good for the ICC, fans around the world, and for world cricket — everyone will enjoy it. They are our neighbouring country and playing one more match would only improve our relations,” he pointed. 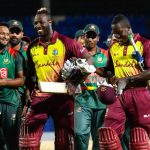 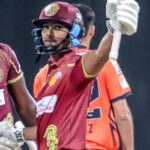