With just two days left for the Super 12 encounters in the 20-20 World Cup, the experts, critics, and fans have decided to make predictions for their predicted playing XI, prospective winners, and key matchups. Jumping into the bandwagon, former Pakistan captain Inzamam-ul-Haq has said that India are the favourites to win the global event. He believes that the Virat Kohli-led side are the most dangerous team in the competition.

India started their 20-20 campaign with a bang as they brushed off top teams like Australia and England in the warm-up matches. India’s bench strength was for all to see as they tried different combinations at the top order. India has a solid depth in batting and bowling departments and has a few X factor players like Suryakumar Yadav, Ishan Kishan, and Hardik Pandya.

“In any tournament, it cannot be said for certain that a particular team will win. It’s all about how much chance do they have of winning,” Inzamam said on his Youtube channel.

The former Pakistan captain further opined that India holds an upper hand during the marquee event because of the sub-continent conditions in UAE. He also said the team has experienced players like Kohli, Rohit Sharma, and Ravindra Jadeja in the team, who know how to handle pressure situations well.

“In my opinion, India have a greater chance than any other team of winning the tournament, especially in conditions like these. They have experienced T20 players. On subcontinent pitches like these, India are the most dangerous T20 side in the world,” Inzamam added. 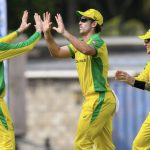 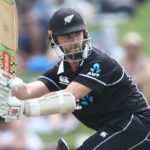