India have been officially knocked out of the 20-20 World Cup after New Zealand defeated Afghanistan in their final game. India needed the Mohammad Nabi-led team to upset New Zealand if they had to harbour hopes of qualifying for the semis. However, New Zealand picked up a comprehensive win to march into the semifinals.

India and New Zealand lost their opening games to Pakistan after which the fate of second qualifier from the group relied on the result of IND vs NZ game. The Kiwis picked up a big win over India to seal the fate of group.

However, given the conditions, many felt Afghanistan could trouble New Zealand. The Kiwis though were not intimidated by the outside noise and delivered a professional performance to win the game by 8 wickets.

Opting to bat, Afghanistan were jolted by early blows. A blistering knock by Najibullah Zadran, who scored 73, set up Afghanistan for a decent total. However, the team lost the plot in the final few overs to settle for a below-par 124-8.

With a potent spin attack, a few fans still had hopes of an upset but a calm Kane Williamson (40*) and Devon Conway (36*) drove New Zealand home. The team will play their semifinal against England. Meanwhile, India will play their final game against Namibia on November 8.

Here’s what the skippers said:

Kane Williamson | New Zealand captain: It was a strong performance. They have got match-winners in all departments. It was nice to set the tone with the ball straight up, restrict them to a below-par score on a 150-155 surface. In second innings, we tried to suck things up and get as close as we could. We would have batted first today.

Mohammad Nabi | Afghanistan captain: It was our plan to bat first and put a decent total on the board. We didn’t start well, early wickets, we built partnerships but didn’t finish well. We were 30 runs short on this pitch. We were eyeing 140-160, that would have been a decent score. Our bowling is strong, but we didn’t get a good total. We tried our best and bowled really well in this game. We have 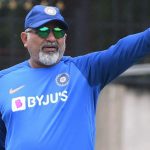 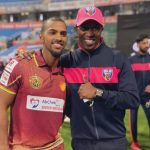