Legendary Australia cricketer Shane Warne has picked his top teams from Group A and B who will make it to the semifinals and finals of the ongoing 20-20 World Cup. The former Australia leg-spinner’s prediction comes after the Australia suffered an eight-wicket thrashing against archrivals England on Saturday (October 30).

“I still believe the teams that will top each group and make it through will look like this, plus semis and final.. England, Australia, Pakistan, and India. Semi’s Eng V IND, Aus V Pak. So the final will be either India V Pak or Aus V Eng,” tweeted Warne.

Australia didn’t have any answers to England’s dominating display. First up, the Three Lions bundled out Aaron Finch-led team to just 125. Later in the run-chase, wicketkeeper-batter Jos Buttler made mockery of the target as he scored a belligerent unbeaten 71 and finished off the run-chase with 50 balls to spare.

England along with Pakistan are also the only teams to win all their games so far in the showpiece event. Australia suffered their first loss but still have two games left against Bangladesh and West Indies. India lost against Pakistan and will now be up against New Zealand on Sunday (October 31). The Men in Blue need a win against New Zealand to boost their chances of qualification.

South Africa have jumped to second place and have a plus net run-rate in Group A. They are also in contention for a semi-final berth. The team has two games left against England and Bangladesh. By the looks of it, Pakistan and England will top their respective Groups. 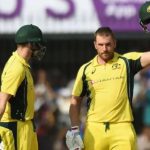 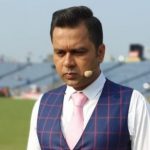