England showed why they are considered such a dangerous team in the shortest format when they managed to beat West Indies by six wickets in their opening match of the 20-20 World Cup. The bowlers led by Adil Rashid were right on the money and shot out West Indies for just 55 runs. England not only managed to soar on the net run-rate but also signalled a warning of sorts to the other oppositions in their group.

England like India, have managed to create huge bench strength and given that they won against a mighty team like West Indies without Ben Stokes and Jofra Archer tells you a story. The team does not rely on a single player and several players rise to the task when the need arises. The only concern for the side must be the form of skipper Eoin Morgan. Apart from that, England looks hungry and as solid as ever.

Meanwhile, their opponents, Bangladesh have themselves to blame for the loss against Sri Lanka. Defending 171, Bangladesh bowlers hardly put pressure on the Sri Lanka batters. The batting though looked good and the team will be eyeing to replicate their performance. Considering that England struggle against spinners, it will be a tight game for sure.

The match will be played at Sheikh Zayed Stadium in Abu Dhabi. The pitch so far has been sluggish. Australia batters struggled to chase 119 against South Africa here and we could be in for another low scoring game. The spinners should dominate on this ground.

The forecast predicted for October 27 is 32 degrees Celsius. It would also be sunny throughout the day.

England and Bangladesh are yet to face each other in T20Is. 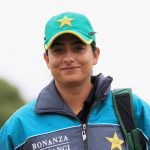 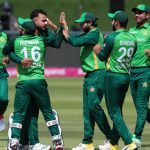