Australia and West Indies are set to lock horns in match 38 of the 20-20 World Cup. The former is still with a chance of making it to the semis, while the latter is out after losing three off the four games they have played. Billed as favorites to win the 20-20 World Cup, the defending champions have failed to live up to that tag.

Lack of contributions from the big guns have hurt the team. In the four matches so far, West Indies have scores of 55, 143, 142, and 169. Nonetheless, the team still has one game to go and will be keen to give all-rounder Dwayne Bravo a fitting farewell, who announced his decision to retire from international T20Is after the culmination of the ongoing 20-20 World Cup. West Indies are an unpredictable team and Australia won’t be taking them lightly.

Australia, on the other hand, are coming off from a convincing win over Bangladesh. The Aaron Finch-led side breezed past the 79-run target set by Bangladesh in just 6.2 overs. Their negative net run rate has turned into a plus and now they are placed second on the points table. For Australia, the task is simple, get the win and hope that South Africa loses against England.

The match is going to be played at Sheikh Zayed Stadium in Abu Dhabi. So far, the pitch here has been on the slower side. The average total on this ground is 140, with chasing being the preferred option

The temperature predicted on Saturday (November 6) is 31 degrees. It would be sunny through the day. 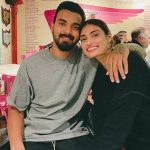 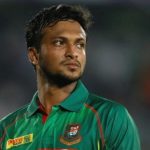