Australia are set to cross swords against Sri Lanka in match 22 of the 20-20 World Cup on Thursday (October 28) at the Dubai International Stadium. Australia are coming off a tight win over South Africa. The batting is looking a real concern for Australia.

David Warner and skipper Aaron Finch are struggling for runs. Other batters barring Maxwell are also not in the best of form. Against South Africa, the batters struggled against spinners Tabraiz Shamsi and Keshav Maharaj. Against the likes of Wanindu Hasaranga, Australia batters have to be on their toes.

Sri Lanka, on the other hand, are also coming off from a good form in the Qualifiers and carried that in the Super 12 stage against Bangladesh. The team is yet to taste defeat. The teams’ batting and bowling have clicked in unison. The promotion of Avishka Fernando up the order has been a masterstroke. Bhanuka Rajapaksa has also looked good as he has scored 96 runs in four T20Is.

The match is going to be played at Dubai International Stadium. It is a day-night game and dew will play a huge factor. The average first innings score has been 145. So far in three games played here, the chasing team has won all the games.

The forecast predicted for Thursday (October 27) is 32 degrees Celsius. 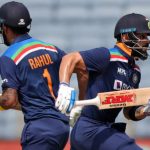 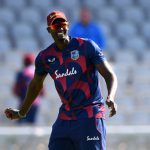