The attention shifts to Group B with Afghanistan and Scotland battling it out at Sharjah Cricket Stadium on Monday (October 25) in the 20-20 World Cup. A lot of outside noise has grabbed eyeballs in Afghanistan ever since the Taliban has swept to power in August. Their bi-lateral series against Pakistan got cancelled and the team was left with very little time to prepare for the showpiece event.

The team though did well in the two warm-up games against South Africa and West Indies. Skipper Nabi was brilliant and gave away just two runs in four overs and picked up three wickets against the Pollard-led team.

Star player Rashid Khan is in good form and had a brilliant season for SRH in the IPL. He knows these conditions well and will be the key player. Apart from that, batters Mohammad Shehzad and Hazratullah Zazai come with the reputation to give the ball a real whack. The duo scored 54 and 56 respectively against West Indies and have some momentum with them. The team has also done relatively well against Scotland.

Meanwhile, Scotland breezed past the Qualifiers stage and beat Bangladesh, Oman, and Papua New Guinea to be in the Super 12 stage. The victory against an in-form team like Bangladesh has done their confidence a world of good. Richie Berrington is the key player for the team and his contribution with bat and ball has been effective.

Experienced batter Kyle Coetzer would also be dangerous as he is known to give flaying starts upfront. The team has won three matches on the bounce and Afghanistan cannot afford to take them lightly.

The match is going to be played in Sharjah. The pitch of late has been very slow which has made it difficult for the batters to play their shots. However, the recent game between Sri Lanka and Bangladesh saw Bangladesh chasing over 170 thus if the batsmen apply themselves, scoring big is possible on this wicket.

The weather at Sharjah is expected to be hot and humid with the temperature hovering around 33 degrees Celsius. 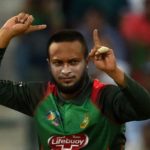