Although, there have been reports of the possible changes that the management might decide to make in the World Cup. Fans were already in anger at the selection of Khushdil Shah and Asif Ali in the World Cup squad.

Media reports have also learned that senior batter Shoaib Malik and Haris Sohail might replace Shah and Ali in the squad.

A user has reportedly tweeted about this possible change and wrote mentioning two national selectors,

“The two national selectors have advised the Chief Selector and Chairman Cricket Board to drop Khushdil Shah and Asif from the middle order and replace them with Shoaib Malik and Haris Sohail.”

Currently, the men in green are playing against England in the seven-match T20I series. The hosts lost to England in the first T20I by a margin of four wickets and trailed in the series by 0-1.

Now, they are all set to play the second T20I of the series which is almost about to start.

After the conclusion of the series, Pakistan will go into the eighth edition of the 20-20 World Cup 2022. They are placed in Group 2 with the arch-rivals India alongside South Africa and Bangladesh. England will tour Pakistan once again for the Test series after the World Cup 2022. 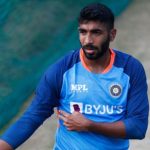