The Royal Challengers Bangalore (RCB) has roped in Sri Lanka spinner Wanindu Hasaranga and pacer Dushmantha Chameera for the second leg of the Indian Premier League ( IPL). In addition, the franchise also acquired the services of Singapore batsman Tim David. The development comes after Australia players Adam Zampa, Kane Richardson and Daniel Sams pulled out of the second leg.

Hasaranga became one of the most wanted players among the franchises for the second leg after his impressive outing in the limited-overs series against India. Chameera also impressed one and all with his impeccable line lengths and troubled the Indian batters. The duo helped Sri Lanka claim an elusive T20I series win over India. Tim David, on the other hand, is highly regarded as one of the cleanest strikers of a cricket ball and participates in several T20 leagues around the globe. In 49 matches, the destructive batter has scored 1171 runs at a brilliant strike rate of 155.

Meanwhile, Kiwi players Finn Allen and Scott Kuggeleijn will also not be available for the second leg due to New Zealand’s limited over series against Bangladesh and Pakistan. RCB resume their IPL campaign against Kolkata Knight Riders on September 20. The Virat Kohli-led team had a decent run in the first leg and won five of their seven games. They are currently placed third in the points table.

RCB also made few changes in their support staff with the Director of Cricket Operations of the franchise, Mike Hesson, donning the coach’s hat after head coach Simon Katich stepped down from his position due to personal reasons. The RCB Vice-President and Head Rajesh Menon expressed gratitude to Katich for his services to the RCB and also extended his wishes for future endeavours.

“As the season resumes in the UAE, it’s going to be an exciting chapter ahead. Simon Katich has decided to step down as the Head Coach of RCB, we would like to thank Katich for his work during his time at Royal Challengers and wish him success in the future. In the interim, Mike Hesson will step in and take charge of the duties of Head coach until the end of the current season, in addition to his existing role of Director of Cricket,” he said according to RCB’s official website. 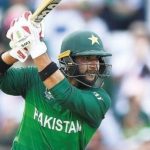 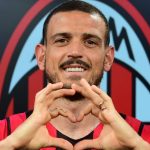