England fast bowler Stuart Broad has been ruled of the remaining four Test matches against India owing to a calf injury he sustained in the warm-up match ahead of the second Test match starting on Thursday at the Lord’s Cricket Stadium. AN MRI scan taken sealed the fate of Broad not participating in the further Test matches and subsequent series planned during the English Summer.

Along with Broad, England seamer James Anderson is also a doubtful starter for the second Test match owing to some discomfort in the quad. If the 39-year-old too misses out, then the onus in the bowling department will rest on the shoulders of young pacer Ollie Robinson and Mark Wood, who is set to play in the second Test match against India. The last time both Broad and Anderson missed a Test match for England was way back in 2016 against Bangladesh. But for home Tests, it stretches back to 2012.

England wicketkeeper-batter Jonny Bairstow said that losing Broad and Anderson is a huge setback for the hosts ahead of the Lord’s Test. “It would be a big loss, naturally, because they’ve got over a thousand Test wickets between them,” said Bairstow to Yorkshire Post.

The loss of one is an opportunity for other and Bairstow feels the absence of Broad and Anderson opens up opportunities for other players to cement their place in the team.

“I don’t think it’s too much of a destabilizer, to be honest. I think with the nature of professional sport there is going to be injuries at times, there is going to be illness, it can happen overnight and you’ve got to be adaptable within the group. It’s potentially a loss but, with that comes an opportunity for other people.

“When we’ve seen that previously in the summer, in the Pakistan series, there were opportunities that arose for other people coming in and they rose to those challenges.” 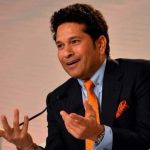