Not many teams in the world could field a second string side against a top unit and win. Two names that come to mind who can do the same are India and England. The depth in their squad is scary. India proved it in Australia when an injury-marred team put Australia to shame in the Border-Gavaskar Trophy earlier this year in Australia.

England too showed their depth when they assembled a B team in two days after their A players were forced into isolation due to a covid scare. The youngsters grabbed the opportunity and stunned a full-strength Pakistan in the ODI series, comprehensively winning the three ODIs.

Australia used to have that depth during their dominant run in the first part of the decade. However, they seem to have become a pale shadow of their own. The Kangaroos have struggled to find replacements of their stalwarts and have struggled against top teams. There are not enough players coming in from the domestic circuit who can consistently deliver for Australia at the international arena.

However, Australia coach Justin Langer feels his team is no way lagging behind India or England in terms of depth. Australia recently suffered a crushing 4-1 defeat to West Indies. Notably, Australia were without the services of their big guns who pulled out of the tour. It was an opportunity for the young players to showcase their class at the biggest stage. However, they failed to do so. Langer said his men hadn’t played cricket for a long time and that is why they struggled in the Caribbean. Australia next play Bangladesh in a five-match T20I series.

“I came out of the T20 series with some real perspective. Our guys hadn’t played any cricket for three months and it’s so hard to come off no cricket – you can have as many nets as you like, you can have practice games, but you can’t (simulate match practice). The West Indies had come off a series against South Africa, they were a bit more battle-hardened. I thought there were some really good signs, we were close in that series, we were close in that first (T20I). There was some really good signs coming out of that I thought,” said Langer while speaking to cricket.com.au. “There’s no way I’d say we’re behind India and England in terms of talent. We’ve just got to get them some experience,” Langer concluded. 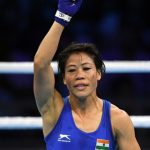 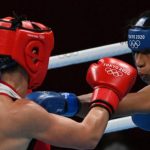