The 27-year-old Canada-born forward Andrew Wiggins is undoubtedly one of the most celebrated players in the NBA. He has also won the championship during his stint with the Golden State Warriors. The small forward has impressed everyone with his amazing performances in the last couple of entries in the NBA.

Wiggins played a vital role for the team during their title triumph in the championship. Everything was going very smooth but the news of Kevin Durant’s entry into the Warriors shook everyone there who is somehow associated with the team and Wiggins as well.

I don’t ever let anything stress me out, I don’t worry about it – Andrew Wiggins

The two NBA champions KD has played with different teams in the league so far. One of them was none other than the Warriors. Currently, he is a part of the Brooklyn Nets. Meanwhile, the Nets have made a trade request for the power forward. It also translates into the fact that the Warriors might have to lose their young powerhouse to have KD back on the team.

Andrew Wiggins could also be one of those exchanges during a trade for KD between the Nets and the Warriors.

Wiggins has also talked about all this in his recent interview on “The VC Show,” he opened up about his feelings amidst the circulation of these rumors in the media reports.

“But I don’t ever let anything stress me out, I don’t worry about it, I’m a big believer in God, I feel like God got me, you know blessed me with a lot of different opportunities and so you know I feel good and whatever happens happens, in my eyes, you know I hoop and I love basketball,” he added later. 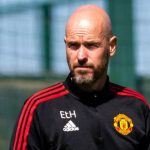 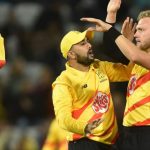