Indian grappler Vinesh Phogat had a disappointing campaign in the Tokyo Olympics and could not go beyond the quarterfinals. She got into more trouble when the Wrestling Federation of India (WFI) suspended her for indiscipline in Tokyo Olympics. The wrestler recently opened up on the challenges during the game, battling mental health issues and concussions after which the sporting fraternity extended their support to her.

India’s gold medal winner Neeraj Chopra also supported Vinesh saying she is one of India’s finest sportsperson and everyone is proud of her. He further said the country will keep supporting her through the next phase of her career.

“Vinesh Phogat is one of India’s best athletes who has brought glory to the country on many occasions. We are all proud of you and will continue to support you in the next phase of your career, ” said Neeraj

Vinesh was charged for creating ruckus in Tokyo. The WFI alleged that Vinesh refused to stay with other members of the Indian contingent. Responding to the allegations, Vinesh said she was tested positive for COVID-19 twice thus does not wanted to put others at risk.

“When these things have happened, why will I stay with the Indian team? They were tested everyday for seven days. I wasn’t. What if I got it on the flight and infected them? I was, in fact, thinking about them and wanted to stay away for 2-3 days to be sure that they were not at risk. What’s the big deal?” she said, adding that she would have joined them after 2-3 days and had even begun training with fellow wrestler Seema. “So there’s no question of me not being a team-player,” Vinesh had written. 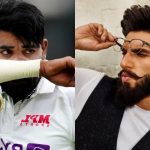 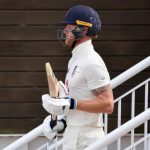