After a year’s delay, the biggest sporting carnival, the Olympics is finally underway. India got their campaign off to a brilliant start as weightlifter Mirabai Chanu bagged a silver on the opening day of the games. As many as 127 Indian athletes are aiming for glory in the showpiece event. Their arch-rivals, Pakistan, on the other hand, are making headlines for all wrong reasons. Their contingent was heavily criticized for flouting COVID-19 rules during the opening ceremony. Many of their flag bearers pulled down their mask while some were wearing it over their chin.

“This is actually sad. Just 10 athletes from a country of 220 million people. To everyone who is responsible for Pakistan’s such decline in sports , SHAME ON YOU,” read the caption.

This is actually sad. Just 10 athletes from a country of 220 million people.

To everyone who is responsible for Pakistan's such decline in sports , SHAME ON YOU! pic.twitter.com/4qkqC1cj7N

Given that the country is led by Imran Khan, a World Cup winning skipper, most people expected him to revive the sporting culture in the country but sadly it has only gone down since he took over. Instead of focusing on improving the sports infrastructure, Imran Khan was more interested in mocking India after their loss in the World Test Championship final against New Zealand.

“A small country like New Zealand of 5 million people has just won the World Test Championship against India which has 1.3 billion people. This is because they have a very good system of bringing up talent and polishing that talent,” the Pakistani PM was quoted as saying by TimesNow News.

Pakistan last won an Olympic medal in the 1992 Barcelona Olympics when their hockey team won a bronze medal. Their last individual Olympic medal was a bronze, won by boxer Hussain Shah in the 1988 Seoul Olympics. 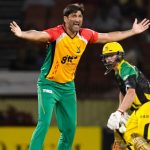