In a major blow to the Indian taekwondo squad, Jordan has imposed restrictions on Indian athletes for the Asian Qualifiers, in Amman. This has put the participation of the Indian taekwondo team in Tokyo Olympics in Jeopardy as their chances of qualifying for the mega event is all but over. No Taekwondo player from India has ever qualified for the Olympics before.

Indian athletes are having a tough time in the build-up to the 2021 Tokyo Olympics as most countries have imposed travel bans for Indians. India missed out on the Archery World Cup, in Switzerland due to the same.

The Asian Qualifiers are set to take place from May 19 to 23, in Amman, Jordan. The Indian taekwondo squad was training in Lucknow, at the Sports Sports Authority of India (SAI). However, it is now learned that the Jordan federation has imposed a ban on Indian players owing to the Coronavirus situation in the country.

Jordan asked players to arrive in Jordan via another country after serving quarantine for 14-days. The squad had to reach there by May 19, which would have allowed them the two-week cushion for the quarantine period. This was the last opportunity for the Indian taekwondo team to qualify for the 2021 Tokyo Olympics.

Indian players and organizations requested the Sports Ministry to negotiate with Jordan but they couldn’t reach any conclusion. 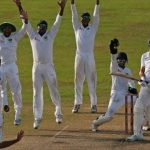 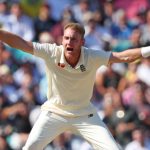