On 4 December, the third match of the Round of 16 took place in Al Thumama Stadium. Defending champions France took on Poland in the ongoing FIFA World Cup. France came to this clash after sealing the top spot in Group D. They managed to win two games but suffered a shocking 1-0 loss in the last game at the hands of Tunisia.

On the other hand, Poland qualified for this knockout round after getting the second spot in Group C. They also suffered a 2-0 loss against Argentina in the last game. So, fans were hoping for a great match as both teams were looking to get back to winning ways. Several big-name players like Robert Lewandowski, and Kylian Mbappe were in action.

France had a chance to get an early goal in the fourth minute of the game. Raphael Varane managed a header while Antoine Griezmann delivered a corner. But, his effort went just wide of the right post. Then, in the 13th minute, Aurelien Tchouameni had a shot from distance. But, Poland’s goalkeeper Wojciech Szczesny made a comfortable save. In the 21st minute, Robert Lewandowski had a shot from 20 yards out.

But, his effort also went wide of the right post. After that, Olivier Giroud had a chance to score the opener with an open goal. But, he missed it by a wide margin. In the 38th minute, Poland came up with their best chance to open the scoring. But, Varane was aware enough to clear that effort off the goal line. But, in the 44th minute, Giroud scored the opener while Mbappe assisted him. Thus, the first half ended 1-0.

In the second half, Griezmann had a chance to double the lead in the 48th minute. But, his effort went wide of the right post. Then, Giroud missed another chance in the 66th minute. However, Kylian Mbappe scored the second goal for France in the 74th minute. Ousmane Dembele assisted him. After that, he completed his brace in the 90+1′ minute while Marcus Thuram assisted him. But, Lewandowski scored a penalty in the last minute of the game and made it 3-1. Then, they managed to hold the lead as the match ended 3-1 in favor of France. 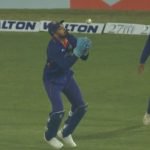 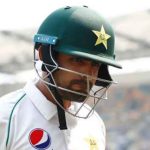