The 15th match of the Pakistan Super League (PSL) saw Quetta Gladiators lock horns with Lahore Qalandars at the Sheikh Zayed Cricket Stadium in Abu Dhabi. The match gained a lot of attention among the cricket fans but for all the wrong reasons. During the game, Gladiators skipper Sarfaraz Ahmed was involved in a heated altercation with Qalandars seamer Shaheen Afridi.

The incident took place during the last ball of the penultimate over of Quetta’s batting innings. On the last delivery, Shaheen bowled a lethal bouncer to Sarfaraz which hit him on the head. After hitting the helmet, the ball went to the third man while Sarfaraz managed to take a single.

Though the umpire declared the ball as no-ball, Sarfaraz didn’t seem happy with Afridi and said some words to the youngster. Afridi wasn’t the one to back down and he too responded to the former Pakistan captain. The argument became intense and both the umpires had to intervene to cool down the situation between both the players.

It is learned that Sarfaraz demanded an apology from Shaheen for bowling a bouncer which led to a heated argument between the two players.

As far as the match is concerned, batting first Quetta Gladiators managed to post a total of 158 runs on the scoreboard. Sarfaraz remained not out with 34 off 27 while Jake Weatherald was the highest run-getter with 48 runs from 41 balls. James Faulkner was the pick of the bowler for Lahore as he picked as many as three wickets.

In reply to Quetta’s 159, Qalandars could score only 140 runs and lost the match by 18 runs. For Lahore, Tim David was the highest run-getter with 46 runs off 27 balls. 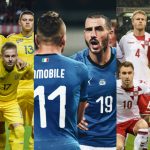 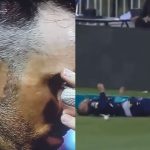