The sixth edition of the Pakistan Super League (PSL) is likely to resume on June 9 according to the reports. The tournament has gone through a lot of ups and downs in the last few days and multiple times, it even got close to being cancelled. PCB has had to take a lot of exemptions with the Abu Dhabi government and even then, a few personnel are only reaching via Bahrain on Monday.

Moreover, 13 personnel including players and support staff were told to go back to their home as they didn’t get visas to reach the UAE. The tournament was suspended in March after only 14 matches due to the positive COVID-19 cases inside the bubble.

PCB was earlier planning to resume the tournament on June 5 in Abu Dhabi but delay in the contingent reaching the venue has trimmed the window considerably for them. Rather PSL was earlier supposed to be played from June 1 to 20 in Karachi. However, the rising COVID cases forced the board to move it to Abu Dhabi.

Over 200 members including players and staff reached Abu Dhabi on May 27 and will be in strict quarantine for next few days. Moreover, Pakistan players are due to leave for England on June 22 which has left the PCB with only a short window to hold the tournament. 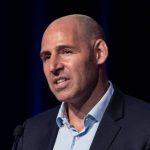 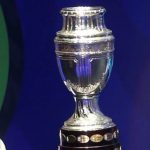