The International T20 Cup is just a week away and the preparations for the showpiece event are in full swing. The Inaugural champions India will be looking for their second T20 World title. While announcing the Indian squad for the mega event, it was revealed that the former skipper MS Dhoni will give his services as a mentor for team India.

While Dhoni being part of the dressing room was great news in itself, the latest developments will increase Dhoni’s respect leaps and bounds among the cricket fanatics. Dhoni, who led India to two World titles, is not charging a single penny for his services. The announcement was made by the BCCI secretary Jay Shah himself.

“MS Dhoni is not charging any honorarium for his services as the mentor of Indian team for the T20 World Cup,” CricketNeXT quoted Jay Shah.

The move to rope in MS Dhoni for the showpiece event has been appreciated by all, with many believing that Dhoni’s presence will do wonders for the team. Speaking on Dhoni’s appointment, BCCI treasurer Arun Dhumal said that India will be benefitted from Dhoni’s presence in the dressing room.

“He (Dhoni) has been a great leader. Under his captaincy, India won the inaugural World Twenty20, the 2010 and 2016 Asia Cups, the 2011 World Cup and the 2013 Champions Trophy. Records are amazing. It is really great to have him as a mentor of the team (for the ICC World Cup).

“He has a good reputation and respect in the team, and also bringing him doesn’t mean to undermine anybody. They have also done a phenomenal job,” CricketNext quoted Dhumal.

Meanwhile, Indian players who are part of the squad, barring those who are playing the IPL, have joined team India’s bio-bubble. The team open their campaign against Pakistan on October 24 in Dubai. While the squad looks settled, speculations are doing round that Hardik Pandya may be dropped from the team over concerns of him not being fit to bowl. The BCCI can make changes in the squad till October 15. 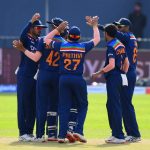 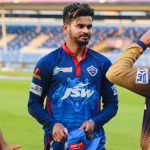