The sixth edition of the Pakistan Super League (PSL) concluded with Multan Sultans claiming their maiden title. It was a fascinating two weeks of action in the UAE leg where teams gave all they had to taste glory. However, it was Multan Sultans and Peshawar Zalmi who managed to book their berth in the final, with the former winning the contest by 47 runs. We saw some staggering knocks by the batsmen and some spine chilling fast bowling as well. Spinners too put on a show on the slow wickets of Abu Dhabi.

Honouring the star performers of the season, the Pakistan Cricket Board (PCB) announced the team of PSL 6. The side features three members from Islamabad United and Multan Sultans, two players from Lahore Qalandars and Peshawar Zalmi each, and one player from Karachi Kings. No one from Quetta Gladiators, who finished last, could find a place in the elite list.

Peshawar Zalmi’s Hazratullah Zazai, who stroked twin half-centuries in the eliminators, and Karachi Kings’ Babar Azam, the highest run-getter of the tournament, were named as openers with Islamabad United’s Colin Munro and Multan Sultans’ Sohaib Maqsood to follow. Both Munro and Maqsood were very consistent in the tournament and played crucial roles in taking their respective teams to the final.

Multan Sultans’ skipper Mohammad Rizwan was named the captain and wicket-keeper of the side. Rizwan was in scintillating form in the tournament and was only behind Babar Azam in the charts of most runs. Islamabad United’s swashbuckler Asif Ali also found a place in this team.

Peshawar Zalmi’s Wahab Riaz and Lahore Qalandars’ Rashid Khan are next in the order. Both led the bowling attack of their respective teams and also contributed with crucial knocks down the order. 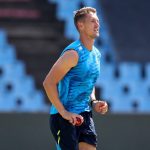