The second leg of the Indian Premier League (IPL) is set to commence on September 19 in the UAE. The first leg wasn’t a memorable one for the Kolkata Knight Riders as they won only two matches out of seven they played. The KKR head coach Brendon McCullum has admitted that the players played with a bit of fear at times and that played the part in them losing the matches.

McCullum understands that it will be a challenge for him to free the players’ mind this time around. “There were sometimes throughout the season when I just felt we were being paralysed a little bit by fear. I wasn’t able to free the guys up enough to understand that and that’s sort of a challenge for me. But it is also a good challenge for the guys as well that they need to push the envelope of their own thinking as well,” he said while speaking to the KKR official website.

Brendon McCullum also pointed out that the team is currently in a situation where they will have to win almost every match. He feels that if the players challenge each other and give their best during the next month, then they might make it to the top four contrary to the belief of the majority currently. KKR are at the seventh place at the moment in the points table.

“In regards to the tournament which is upcoming [the second part of IPL 2021], we can end it right. We can take the game on and we’re in a situation where we need things to go our way. We need to hit the ground running, challenge one another privately, support one another publicly and try and get the best out of one another in the next four-five weeks. Who knows where we can go with this,” he further added. 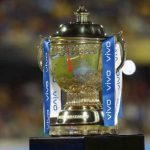 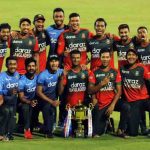