The fitness standards of the Pakistan players have always been in question. However, when Pakistan included players like Azam Khan and Sohaib Maqsood for the T20I series against England, it became a hot topic of discussion with many slamming the PCB for selecting players who are not physically fit to represent the national team.

Former Pakistan seamer Aaqib Javed too has slammed Pakistan’s selection and said he “sees more wrestlers than cricketers” in the current national team for the T20 format. Apart from Azam Khan and Sohaib Maqsood, the Pakistan management also added Sharjeel Khan to the team.

Javed is not amused by the fact that Pakistan management is ignoring players who are consistently delivering in domestic cricket and are selecting cricketers on their performance in T20 leagues. He also feels that players like Maqsood, Azam, and Sharjeel Khan are not fit enough to warrant a place in the team.

“They don’t know what they are doing or what their direction is. I see more wrestlers than players in the T20 team. There are question marks over the fitness of Sharjeel Khan, Azam Khan, Sohaib Maqsood for international level,” Aaqib said on Geo News Channel.

Although Sohaib Maqsood impressed one and all with his big hits in the sixth edition of Pakistan Super League (PSL), Javed felt he was quickly rewarded with a place in the national side whilst, not seeing his consistency to bat longer. Maqsood scored few sixes in the three-match ODI series but failed to get a big score.

“If you look at the team they have several players of similar nature or for one position. Is this the way to move forward,” he questioned. 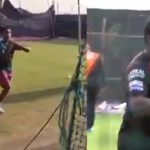 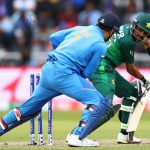