14 semi-finals and finals, yet only one championship, New Zealand’s luck ran out every time they got close to an ICC trophy. However, the fortunes seem to have turned as New Zealand have claimed the inaugural World Test Championship after beating India by 8 wickets.

Draw was the most likely result on Day 6 but Kiwi bowlers, as has been the case throughout the match, didn’t give Indian batters a sniff. Kyle Jamieson started India’s downfall, dismissing Virat Kohli and Cheteshwar in quick succession. Rahane too departed soon. India were tottering at 108-5 before Ravindra Jadeja and Rishabh Pant tried to resurrect the innings. They added 33 runs for the sixth wicket before Jadeja departed. Pant played few shots but Indian tail didn’t have the quality to stand up to the Kiwi pacers. India were bowled out for 170, giving New Zealand a target of 139 to win.

Apart from a brief moment when Tom Latham and Devon Conway departed in quick succession, New Zealand looked in complete command and cruised to victory by 8 wickets. Fittingly, New Zealand legends, Kane Williamson (52) and Ross Taylor (47) stayed unbeaten at the crease. The win must be a great relief for New Zealand after two heartbreaks in 2015 and 2019 World Cup finals.

Here is how the cricket fraternity reacted:

You cannot thank @BCCI enough for their commitment to test cricket and the way they leading our favourite format into the future.@BLACKCAPS congrats, the people’s champions!

So proud of this group of men. 5 years ago this result would have been unimaginable. Enjoy tonight lads! @blackcaps

This Kiwi attack makes me think Broad and Anderson might be a downgrade in the England series. That’s how exceptionally good they have been.

Nothing can compensate for NZ ‘losing’ the 2019 World Cup. But the sporting gods have come up with a bloody good script to try.

Congratulations @blackcaps Sharper here and also after the disappointment a few years ago in the Finals .. thoroughly deserve it. The cricket they play and how they carry themselves too #WTC2021Final The perfect Ambassadors for our game .. Well done the Champions 👏👏

When McCullum took up captaincy he told his players let's get the nation of NZ talking proudly about the @BLACKCAPS similar to the All Blacks. Let's create our own identity. Fair to say Williamson & this team has certainly done that now #WTCFinal #INDvNZ #WTCFinal2021 #NZ

India: Better team in WTC cycle
NZ: Better team in WTC final
That's why the finals are always exciting, the big day matters. Unfortunately, India is yet to get over that hurdle, something which has haunted the team in the recent past and will stick with them till they cross it.

Hard luck #TeamIndia, your efforts were commendable. Weather did play a spoilsport. Nevertheless, keep the spirits high and all the best for the next series. @BCCI @ICC #WTC2021Final #INDvsNZ #ICCWorldTestChampionship

The golden generation of New Zealand cricketers continue to shine with the WTC Final victory. Their last 12 Test series before the WTC Final: 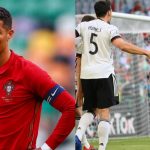 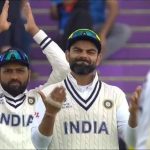