New Zealand will soon tour India for a two-match Test series in November this year. This will be the first Test assignment for the team after their historic win against India in the World Test Championship (WTC) Final in June. Devon Conway, who scored 54 and 19 during that Test opened about the possibility of winning the upcoming Test series in India.

During the last time when New Zealand visited India in 2016 for a three-match Test series, they were blanked 3-0 on spin-friendly pitches. Conway was not part of that series but he has admitted it would be a tough task to beat Virat Kohli-led side in home conditions, and if his team pulls it off then it would be a fantastic achievement.

“Definitely. That’s a massive goal that we’d like to achieve. To beat India in their home conditions is probably a bigger challenge than beating them in England. It would be a serious achievement, if not as big as the World Test Championship final. That will be a very important series to try and prove that,” said Devon Conway in a chat with stuff.co.nz.

Conway further opined that the team have to be mentally strong to tackle the pitches in the subcontinent. The southpaw reckoned that the batters need to find ways to score run on spin-friendly wickets.

“Travelling to the subcontinent and being presented with surfaces that turn, that’s where you’ve got to be really strong mentally within your defence, trust your defence, and you’ve got to have a method in which you can score. If you’re not looking to score runs, you won’t be in good positions. You’ve got to nail down a plan and stick to it as much as possible, even though it’s going to be challenging,” said Conway.

The first Test match will be played in Kanpur on November 25, followed by the second Test that will begin on December 03. 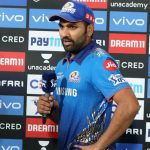 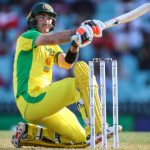