Day 4 of the Abu Dhabi T10 League is set for two cracking games. In the first game, Deccan Gladiators will take on Delhi Bulls, while Chennai Braves will lock horns with Team Abu Dhabi in second game of the day.

Gladiators come into the match after losing to Team Abu Dhabi. The batting faltered in the last game as the team could only manage 97-9 in 10 overs. However, the bowlers showed great character and didn’t allow Abu Dhabi to get away. They hung in the match till the last over, eventually losing the game by 6 wickets. The team has quite a few destructive players like Andre Russell and Tom Moores, and they will be keen to post a big total against the Bulls, who are on a three-match winning streak.

Bulls comprehensively chased down 124 run target set by Chennai Braves, with Dwayne Bravo smacking a 17 ball 43. They have a strong batting lineup but players like Rilee Rossouw and Mohammad Hafeez have not been fired yet. They are due for a big one soon.

In the second game, Chennai Braves will look to get on board. However, they will be up against Team Abu Dhabi, who have been phenomenal so far. The batting depth in team Abu Dhabi is scary and it will be a challenge for the likes of Curtis Campher, Munaf Patel and Roman Walker to restrict them to a low score. In terms of batting, Bhanuka Rajapaksa, Angelo Perera, Dasun Shanaka and Ravi Bopara will have to shoulder the responsibility of posting a big score. 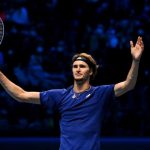